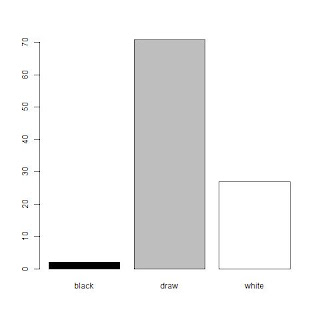 
There were no crashes in the stage. Seven games ended with mate on the board, weird for a superfinal. 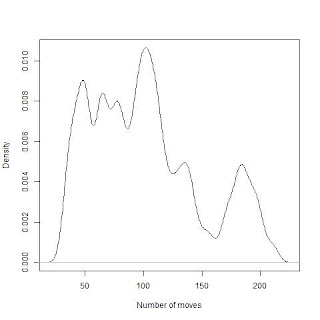 Much higher than usual even for a superfinal, the graph is also very unusual. In many games Leela had long shuffle periods, even when it was winning. There were 46 games longer than 100 moves (17 over 150 moves), the longest was 211 moves (Leela - Stockfish, game 58, draw). 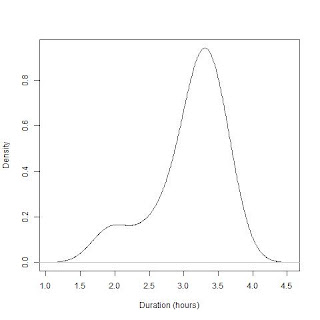 The time control was 90 minutes, shorter than usual for a superfinal.

There were variable length book openings in this stage chosen by Jeroen. The first letter of the ECO codes was distributed as follows: 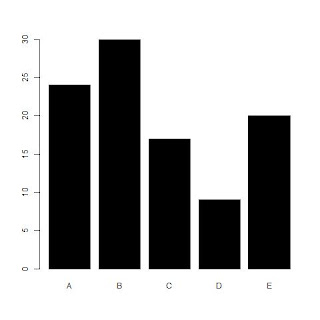 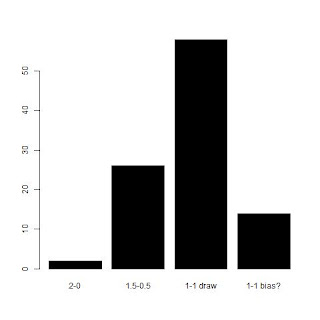 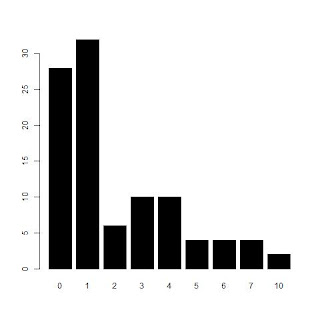 Pairs of reverse games diverged very quickly, 28% diverged immediately out of book, 66% of the pairs diverged at most after 1 move. The longest repeated sequence of moves was 10 plys (Stockfish - Leela games 79 and 80 that had a 30-ply book opening, Ruy Lopez: closed, Flohr-Zaitsev system, two draws)