Note: I disregarded the 5 Chiron games in the report. 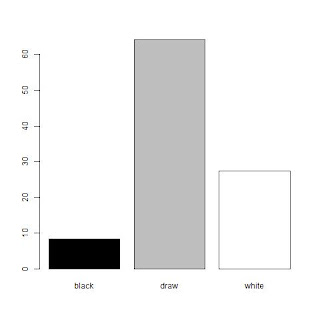 There was no games that ended in a crash, other than Chiron's 3 crashes that led to its early disqualification. 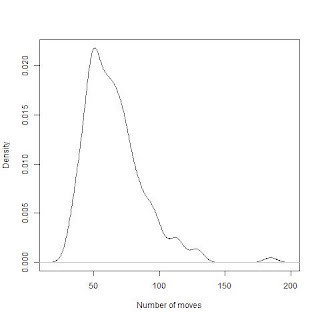 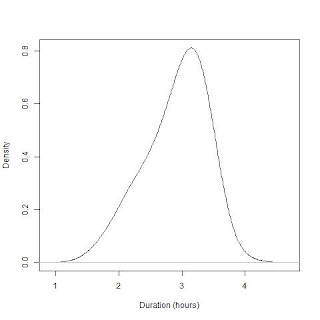 Note the left tail, some games tended to be shorter than expected. This is a well known TCEC phenomenon where in late stages some engines lower their eval and agree on draws as early as possible. There were 35 games with duration less than 2:30 hours, 31 of which were draws (88.6%, much higher than the draw rate).

There was no change in the opening variants information, still not as detailed as in previous seasons.

There were 8-move book openings in this stage chosen by Cato. The first letter of the ECO codes was distributed as follows: 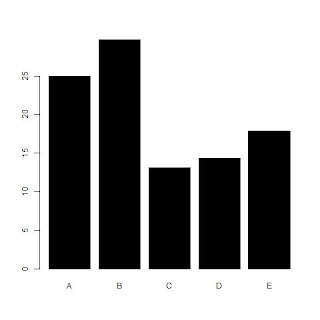 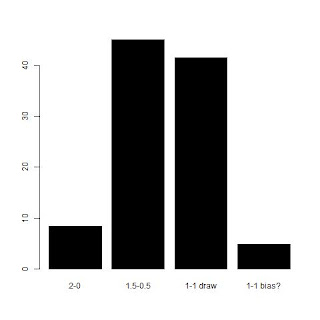 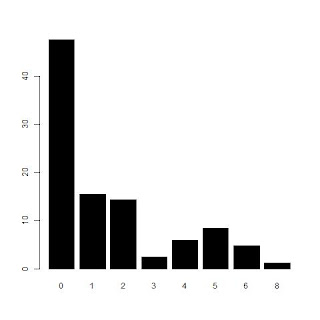 Pairs of reverse games diverged very quickly, 77.4% of the pairs diverged at most after 1 move.