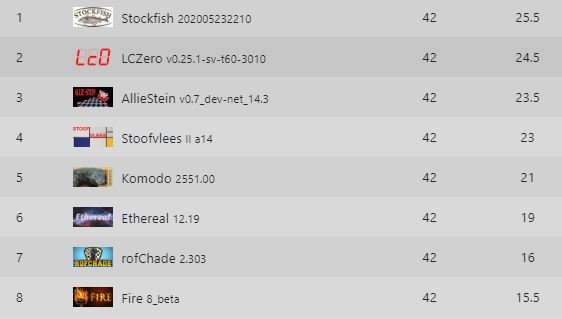 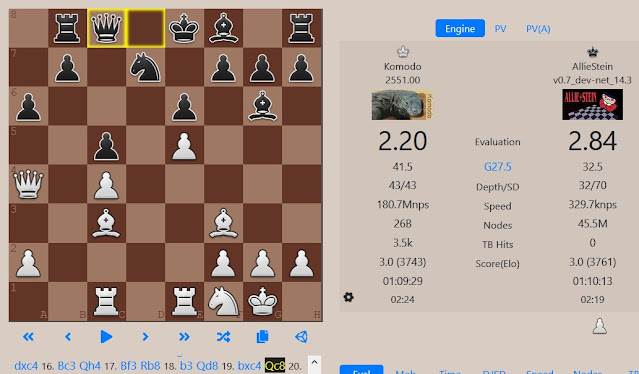 Komodo targeted the pinned black knight, AllieStein couldn't castle because the king was a crucial defender. The black pieces surrounded their king, with very little room to move. AllieStein's eval was over 10 on move 25. 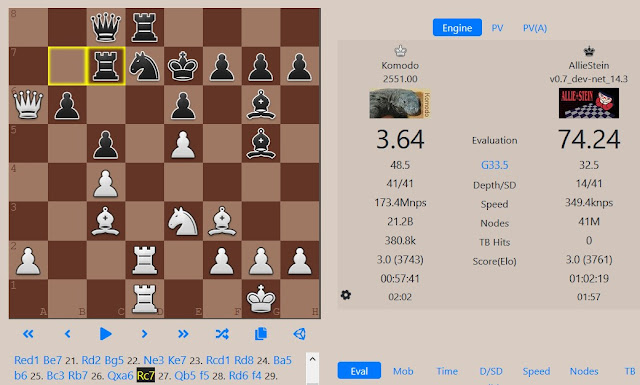 Komodo attacked through the center, it gave a rook for a bishop and exposed the black king. Komodo was behind in material but the black king was in front of its defenders, facing 4 white pieces and with nowhere to hide. 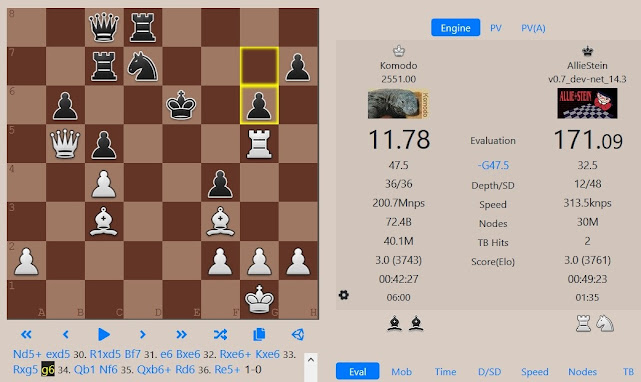 The game was adjudicated, both PVs showed how AllieStein loses material within a few moves. There were two white wins in this opening, though the games were very different. I don't think anyone expected Komodo to beat AllieStein this fast, if at all.
Posted by Assaf Wool at 12:36 AM