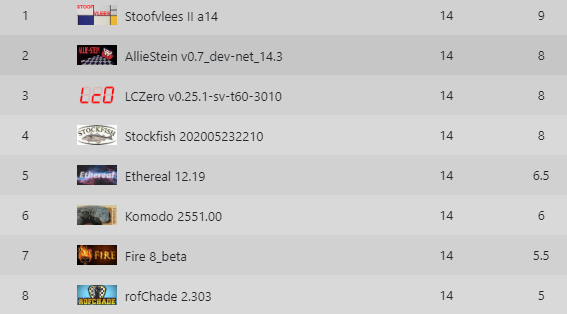 Stoofvlees is leading with a +4 score, followed by AllieStein, Leela and Stockfish with +2 each. Stoofvlees is the surprise of the division so far, I don't think anyone expected it to perform so well. The leading group is unbeaten so far, there is a clear divide between engines with positive scores and those with negative scores.
Fire and rofChade, the promoting engines, are at the bottom. I think rofChade will relegate, Fire still has a chance to survive. Komodo is dangerously close to relegation, which I didn't expect.

The division started with 5 straight decisive games, but the draw rate has increased significantly since then to around 80%.
There are three NN engines in the leading group, it is quite possible that Stockfish will not reach this season's superfinal. The last time TCEC had a superfinal without Stockfish was in season 10 (Houdini - Komodo), this was the only season this happened since season 4. 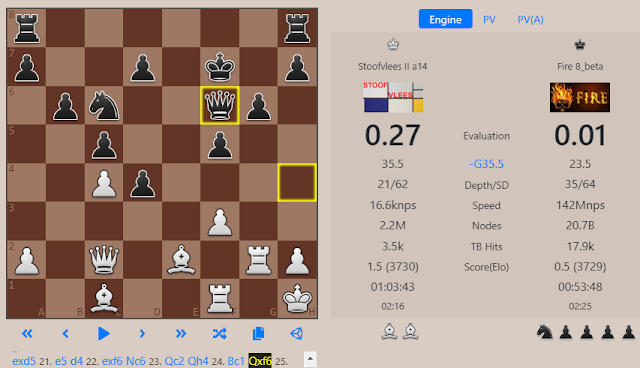 Fire had all its pawns on the board until move 41. The engines mainly shuffled behind the pawn lines and exchanged pieces. Evals stayed low, the game reached a RB vs R ending on move 47. 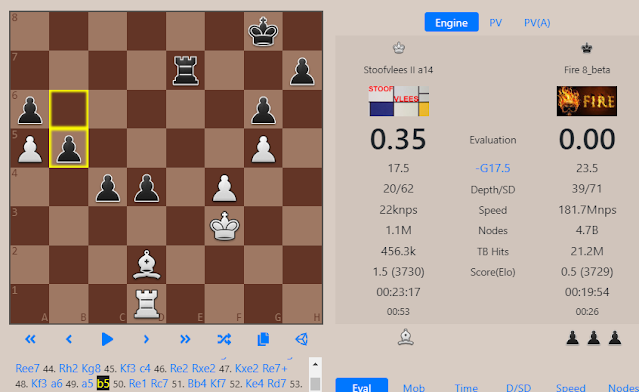 Fire was 3 pawns up and evals were drawish. The white king came forward while the bishop kept watch over the black queen side pawns. AllieStein's eval increased above 1, Fire was close to zugzwang. All the black pawns could not move safely, the black king was trapped in the corner, only the black rook moved and it had no safe square behind its pawns. I'm not sure what was Stoofvlees' threat, but somehow Fire felt it had to move its pawns on move 68. Fire lost control of the position very quickly and its eval jumped over 5. 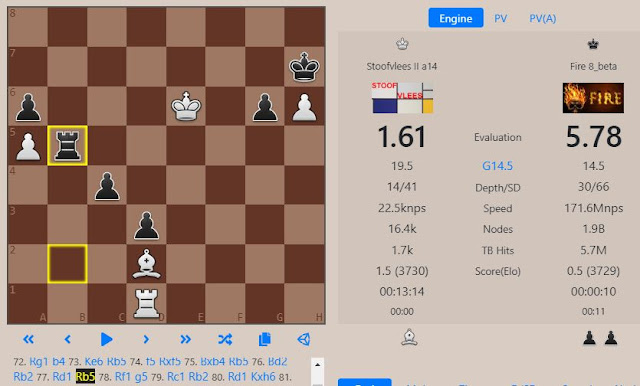 Stoofvlees was careful to keep its a pawn safe, the bishop made sure the black passers couldn't advance. The white king and rook had more freedom to operate, it took a while but Stoofvlees captured the black passers and the game was adjudicated in a 7-man winning position.
Posted by Assaf Wool at 9:57 PM