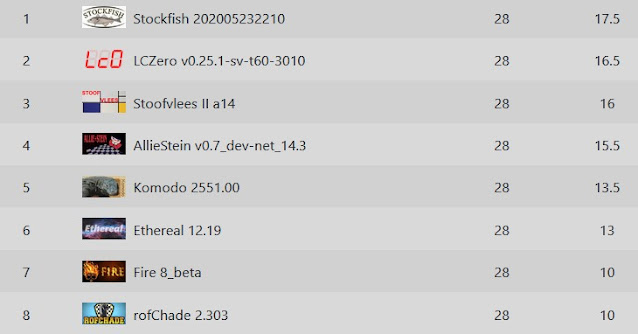 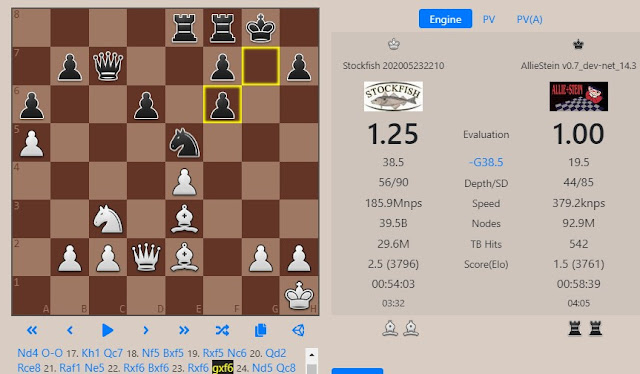 Stockfish attacked on the king side, AllieStein exchanged pieces and gave some of the material back to save its king. The game reached a QB vs QR position with white 3 pawns up, evals did not change a lot and it was still possible that AllieStein could hold. 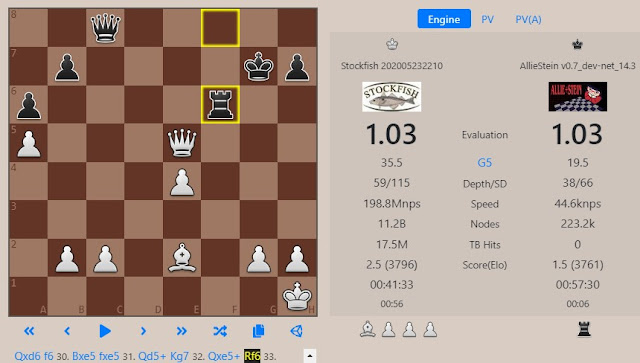 Stockfish's eval fluctuated wildly for a few moves, the black king was in the corner with the rook pinned. After a few moves with low evals Stockfish found an advantage again, AllieStein captured 2 pawns and chased the white king around while Stockfish's eval increased over 4. When the checks ran out AllieStein was in zugzwang, 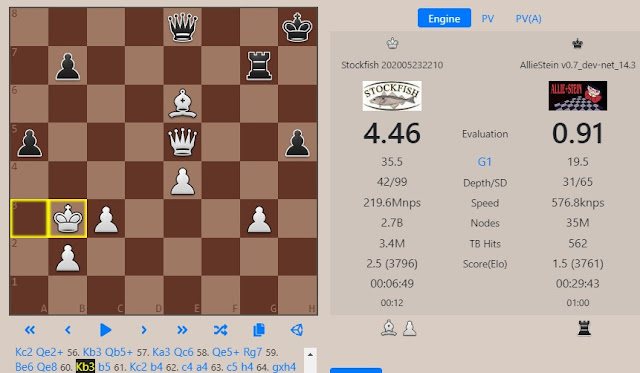 AllieStein started pushing pawns and Stockfish captured them. AllieStein finally realized it was losing when it was down to its last pawn. Stockfish pushed a passer to the 7th rank and the game was adjudicated.
Posted by Assaf Wool at 9:58 AM