No weak engines left (except The Baron) and games should be harder and more balanced. Changes for this stage:
The standings after 3 rounds are: 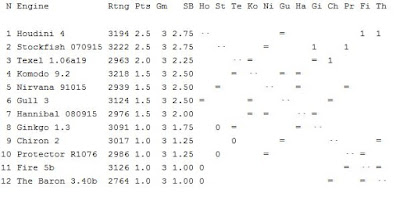 The high draw rate came as a surprise to me. It was expected to rise compared to stage 1 but over 70% seems a bit extreme. Are the engines better? Is it the increase in time? Are the openings drawish? Will the reverse games make a difference?

Houdini and Stockfish are leading with 2.5 points, and because there were so many draws most engines have 1 or 1.5 points. Komodo has had three draws so far. In the game against Hannibal it had to fight for a draw with a rook against bishop and pawns. I expect it will have better performances in later rounds.

The Baron is playing better than expected, with two draws and a loss. It almost drew with Houdini in a game with over 150 moves containing long stretches of shuffling. The Houdini win came as a surprise.

The 2-move 'book' openings are a bit strange. Many of them are unorthodox but instead of creating unbalanced exciting games they seem to invite cautios play and drawn positions. Surprisingly many openings converge on known openings after a few moves. I liked the no-book option of stage 1 better.

After 23 moves the position was: 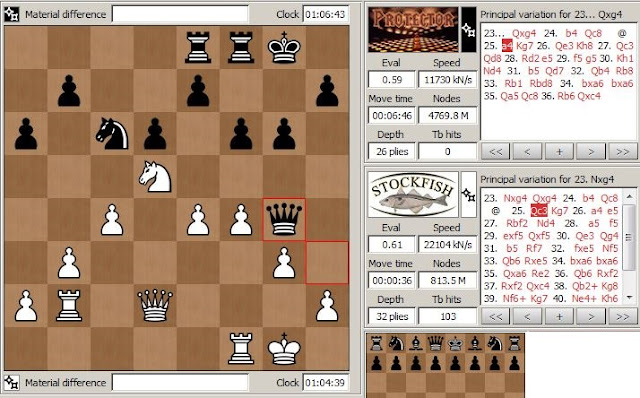 Stockfish had a small eval advantage (positional? equal material). With almost all pawns on the board not a lot could be done. The two engines took their time setting up the pawns and arranging the pieces behind them. This was the position just before the storm: 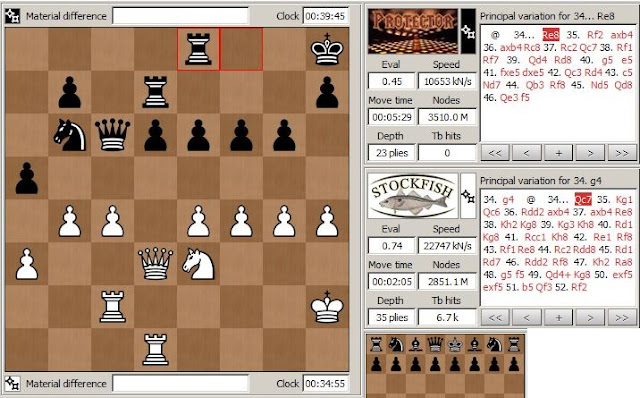 Now came a series of exchange combinations, opening files and taking the knights off the board. Both engines evaluated the position as a clear white advantage. 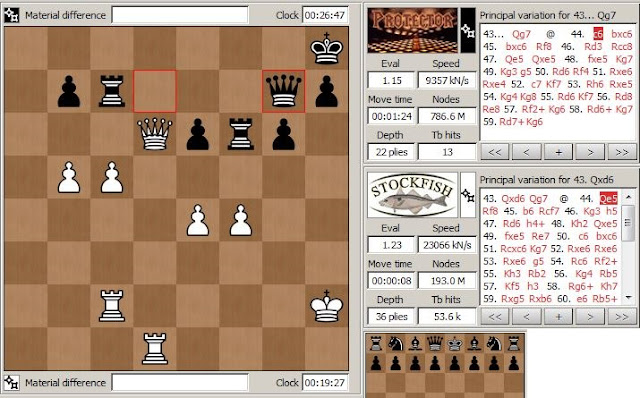 In the following moves Stockfish was sure the queens would be exchanged, but Protector refused to do it. Then suddenly with no warning Stockfish found the light and the eval hit the roof: 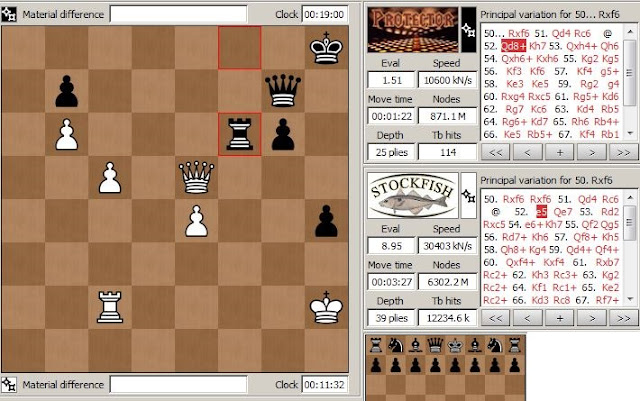 What followed was a tricky queen+pawns endgame. It took a few moves before Protector realized it was losing, and the game stopped in a 7-man position with a mate in about 20 moves according to the tablebase. As always, Stockfish was first to see it from a mile away.