The stage 2 crosstable after 14 rounds is:

The top 3 look solid. Houdini has had some problems earlier but now looks as a sure third place. The rest of the qualification is still very close with engines ranked 4-10 fighting for 3 places, and even Chiron still has a chance. With only 8 games to go the small advantages start to make a difference. Ginkgo and Hannibal improved their position with wins against contenders Texel and Nirvana.

Stockfish had two draws in rounds 12-14 and is now in second place.

Komodo got into a technical RNN vs R and two pawn advantage ending against Hannibal. It used its tablebase advantage to see the win long before Hannibal understood what was going on.

The Baron managed to hold out against Houdini for over 130 moves. The game reached a 7 piece tablebase draw of KRBN vs KRB, but The Baron couldn't find the right moves and lost the ending.

This was an important game for both engines because of the qualification race. Nirvana had a very good first half, but was only a half-point better than Hannibal before the game. After 18 moves the position was: 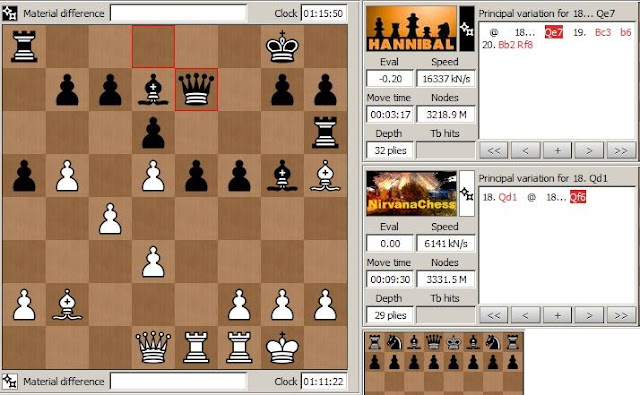 The material was balanced and both evals were drawish. Hannibal had some pressure on the king side but it looked under control. Nirvana did not see the danger, it moved on the queen side and accepted a bishop sacrifice, and in a few moves was under a full attack on the king side. 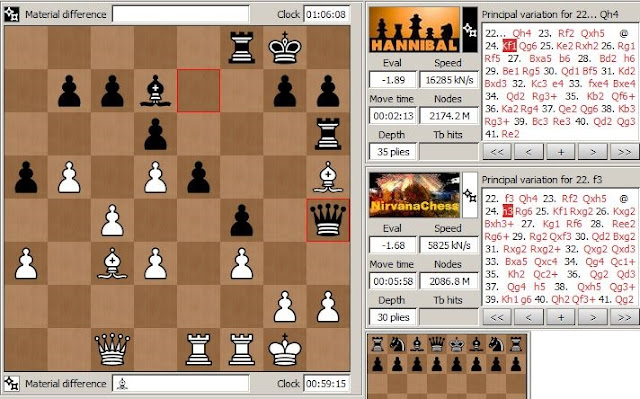 With all the black pieces joining the attack Nirvana had to give back the bishop and a pawn, and the white king had to run to the center as fast as possible. 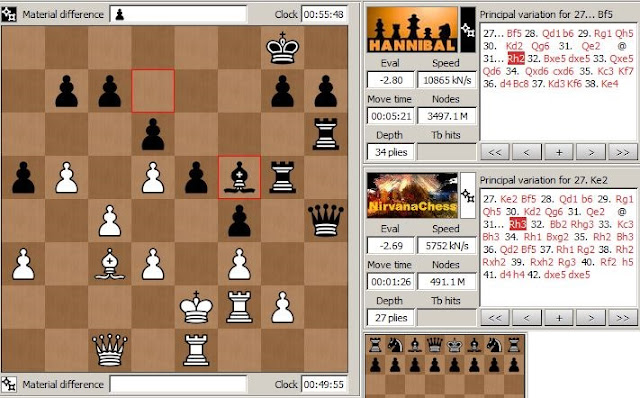 In an attempt to relieve the pressure Nirvana gave a bishop for two pawns. 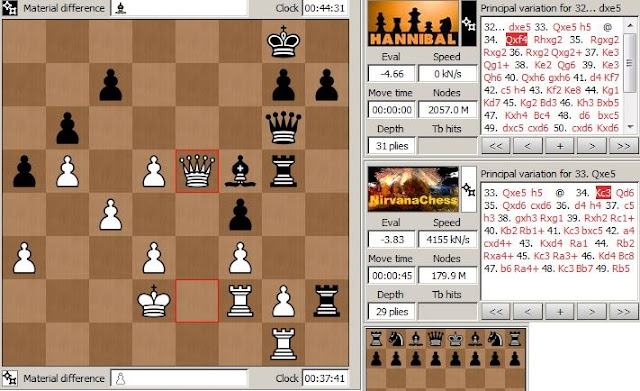 This was the beginning of the end for Nirvana. Once queens and a pair of rooks were exchanged white's position crumbled and it started losing pawns. The game ended with Hannibal having a clear material advantage.
Posted by Assaf Wool at 5:22 PM