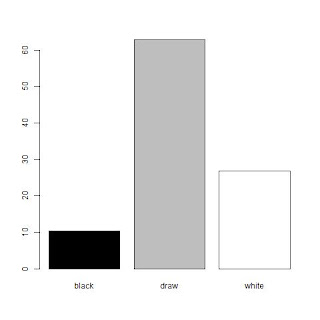 There were 4 crashes in the division, two for Hannibal and two for Nirvana. After they were llimited to 16 threads they became stable and were not disqualified with a third crash. Both were relegated to division 2 in any case. 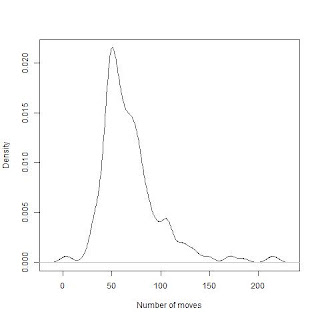 The game lengths were similar to those in division 2. 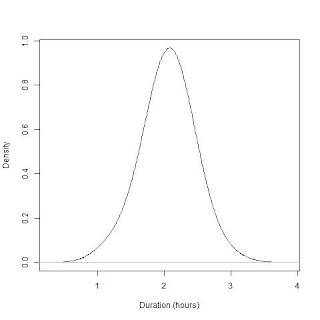 The first double RR was bookless, and a summary of the bookless openings can be found in a previous post. Here I summarize the results of the remaining games, with book sequences by guest Nikolaos Konstantakis. The first letter of the ECO codes was distributed as follows: 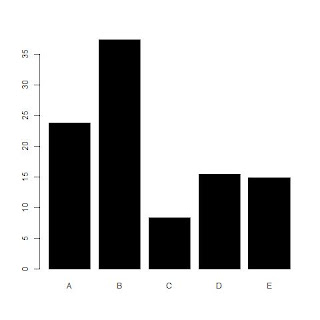 Again I'm restricting to the games with book sequences. 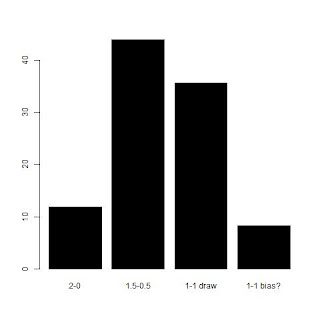 There were 7 game pairs with a 1-1 biased result.

Here I'm also restricting to the games with book sequences. 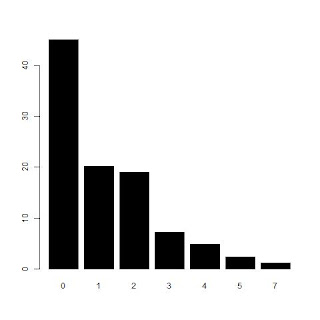 Pairs of reverse games diverged very quickly, 45.2% of the pairs diverged immediately after book, 84.5% repeated at most 2 plys.