Game 25 was a quick draw. Stockfish developed an attack on the king side which was not strong enough to get an advantage. The game ended after 32 moves with a bishop sacrifice and perpetual check. In game 26 after the queens were exchanged it seemed that Komodo had some advantage with a pair of bishops to Stockfish's pair of knights. Both evals were 0 though, and indeed Stockfish trapped one of the bishops and exchanged it for a knight. The game continued only until a long enough stretch without pawns or captures triggered the draw rule.

Game 27 started with white a pawn down, followed by opposite direction castling. Stockfish sacrificed a second pawn to open up the king side and attack the black king. Komodo pushed the a-pawn against the white king, and both engines anticipated a rook for bishop exchange that never came. 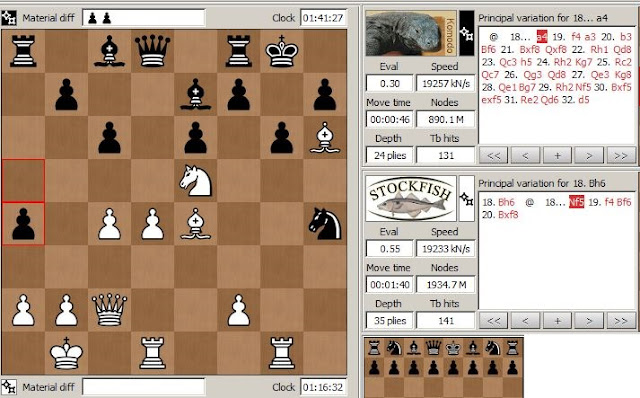 Instead, after a bishop exchange on move 22 the engines went through a 9-move combination appearing in both PVs, resulting in a QR vs RRNP game. 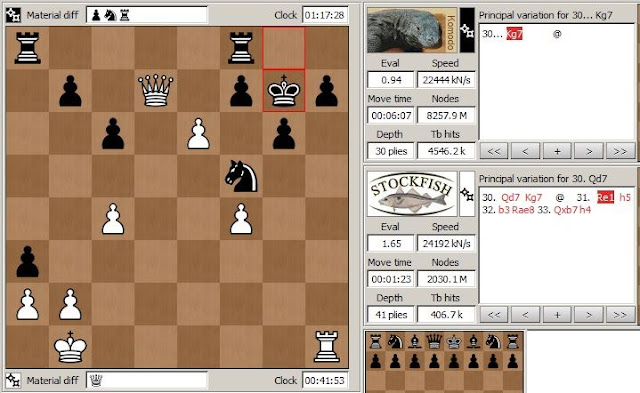 The white queen was very active, and the black rooks had to defend the back rows. This allowed Stockfish to clear the queen side pawns, gaining two pawns and creating two passers. 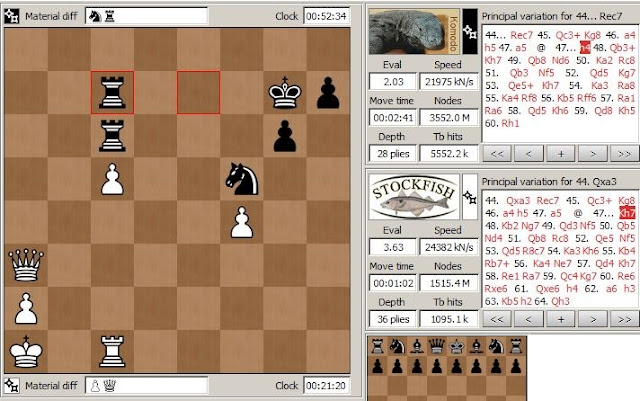 Komodo's only threat was the h-pawn, but when the white pawns advanced and the king joined from behind the game was over.
In the reverse game 28 the engines had different plans. Komodo as white was also two pawns down, while Stockfish had an uncastled king and a weak undeveloped queen side. 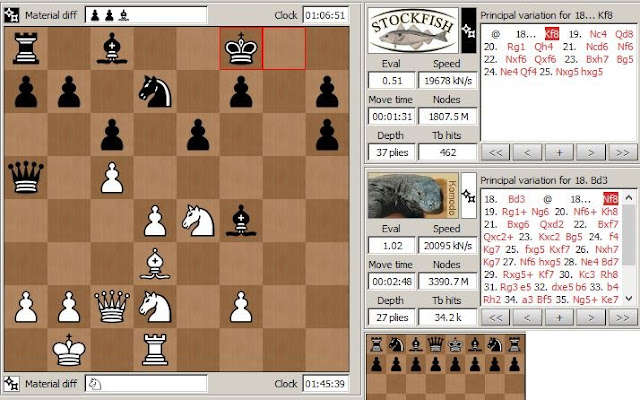 Stockfish gave one pawn back but then had to lose a knight while its king was struggling in the center. 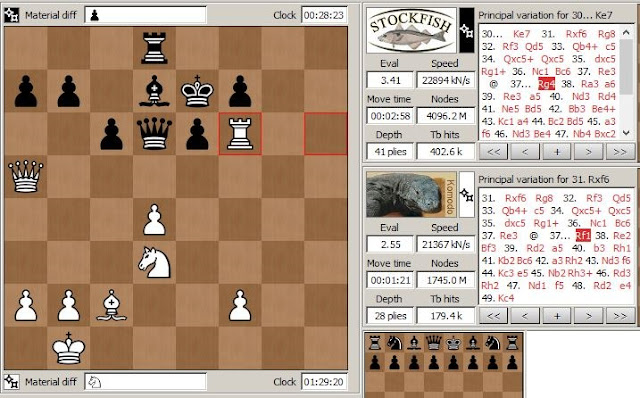 This was a winning position for Komodo. After queens were exchanged white attacked the queen side, slowly gaining pawns and advancing a passer until a win was declared. Komodo got its first win, but perhaps the opening was too biased - both engines won playing white.